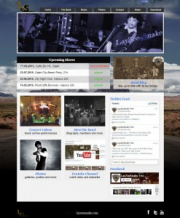 These are the bands/projects I worked with/on over the years.

LayZeeSnake is a power-trio from Osijek, Croatia, with members of 13+ years of on-stage and studio experience, playing progressive blues/rock music. Their style is greatly influenced by the legends of blues and rock, such as SRV, Hendrix, Bonamassa, Bonham, Page, Mayer and many other great legends of the genre.

With members playing for more than a decade in prominent local rock bands, the trio formed in June 2014 and cooked up a performance set that will leave the audience wanting more. They're known for their tight grooves and screaming blues licks with psychedelic excursions into heavy rock, described by the media as "...an experienced crew of honed musicians (as one must be to take on such legends as Jimi and Vaughan)..."

Founded in 2002, this rock band played actively till 2012. They played as a houseband in local nightclubs Hir and Mini Teatar. and tour-ed most of continental Croatia. With gigs almost every week over 10 years, fans are still attending their annual reunion concerts in large numbers, last one held 21.02.2014. traditionally in Hir, Osijek, a nightclub that launched their career back in 2004. Nuspojava band played classic rock (The Doors, Rolling Stones, Steppenwolf, Cream etc...)

I worked with this pop-rock band from 2006 to 2009 as a guitarist/backing vocal. The band put out 5 singles, their video THP - Nebo aired on Croatian Music Channel, and they were featured on New sound by Croatia records in 2009. They also appeared in Briljanteen show on national TV in 2008. They played at some interesting venues including Urban Festival Osijek and Sax, Zagreb.

The switch to Blues happened quite spontaniously for me, as I started to play in this lesser known band for the love of this genre. The band performed at O.G.I. Osijek, a local music association.

They played original old school blues of such legends as Muddy waters, Howling Wolf and the like.

Now playing guitar in 3 bands, I joined these renowed musicians in 2008 as a singer, and worked on my vocal skills with numerous performances. They performed blues standars, mostly as a houseband in small intimate nightclubs and festivals. Some memorable appearences include the 4. International Gala Blues festival, Osijek Summer of Culture, and the thundery airport show. 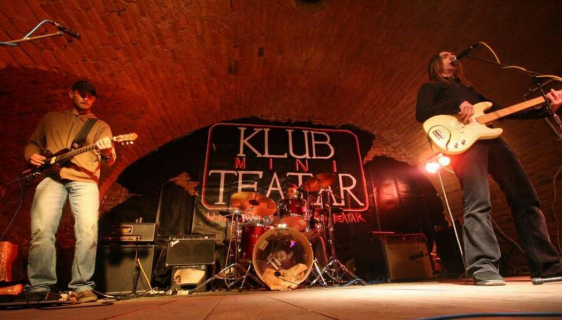 I worked part time as a live sound engineer at Mini Theater Club in Osijek for 2 years 2007 - 2009, live mixing and even recording shows for bands like Overflow, We Come One, Wasted Generation, Bad Obsession and others... ...from classic rock bands to full brass orchestra...